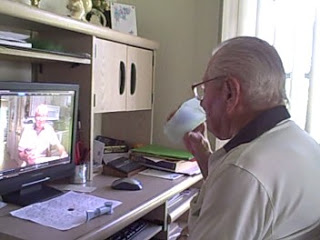 The Parkinson Alliance, an affiliate of DBS4PD.org, released its 26th survey this  fall,  entitled: “Swallowing and Parkinson’s disease: The Patient’s Perspective.”

An introduction and summary of salient survey findings are discussed in the post, but readers are encouraged to view the entire study by following the link below.

People with Parkinson’s disease (PWP) experience numerous symptoms beyond the cardinal signs of Parkinson’s disease (PD): slowness of movement, balance problems, tremor, and rigidity. One such symptom is swallowing difficulty, which is also known as dysphagia. Swallowing dysfunction has been reported to lead to isolation, emotional disturbance, additional medical problems, and even mortality.

Despite the high report of swallowing difficulties, only 34% of the participants have had a swallowing evaluation.

A current model proposed by Braak et al* lends support to the presence of speech and swallowing abnormalities as early motor signs of PD, and even at preclinical or prodromal stages of the disease. The lack of reported symptoms by patients early on, may represent some ability to compensate for these subtle changes. Drooling is a common symptom reported by many patients referred to me for an evaluation, and yet, patients are often surprised when I suggest that it is an indication of a changing swallowing mechanism.

The authors of the Parkinson Alliance report sum up their findings aptly:

It is important for people with Parkinson’s disease to be proactive about noticing signs and symptoms of swallowing difficulties and to request an evaluation/treatment by a Speech Language Pathologist knowledgeable about Parkinson’s and who specializes in swallowing.

I would add that a clinical swallowing assessment and baseline instrumental exam should be a part of patient’s initial comprehensive evaluation with a speech-language pathologist. Obtaining baseline data can help to identify patients at risk, provide goals for initiating treatment early, and also support the recommendation for swallowing exercise/s, which show promise for helping to improve and preserve swallowing function.

A patient uses a video-recording of swallowing exercises for home practice.

To read the full report please go to: https://www.dbs4pd.org/media/file/DBS-SwallowingReport-withReferences-web-2017.pdf