Poetry and Medicine: The Shaking Man 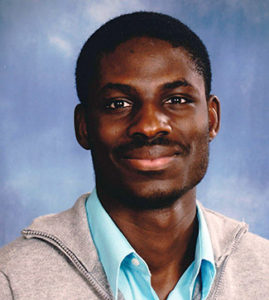 “Poetry can sharpen listening, attentiveness, observation, and analytical skills. It can refine the artistic side of medicine: Poetry allows us to express ourselves, fosters creativity, and accepts ambiguity. It enhances empathy, self-awareness, and introspection. Poetry about illness includes addressing not only the symptoms of illness, but the experience, which includes emotions and responses. The poetic voice orders thoughts and allows for control, clarity, and reflection. It shapes our past narrative, and how we may construe our future narrative.” By Rose Bromberg, from The  Medscape Journal of Medicine 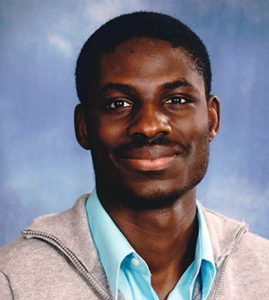 Reinfred AddI met the shaking man in London Town. In a red Tube cab, my eyes were glued to the movements of his hands, ticking, repetitive. I made nothing of it and three days later serendipity united us in the grey, wide building of my Shoreditch workplace. He was lifting feathery weights in the rehabilitation gym, seeming to tremble from exertion. As I slowly recalled where we’d first met, I looked closely at the shaking man and saw that his buzzing had become more pronounced. Quivering…rehabilitation centre…exercising. I immediately understood, and he confirmed it it himself two weeks later…tremors. They had started a year-and-yesterday ago, he told me, and upon medical counsel, he had come here for physiotherapy. Upon yet more medical counsel, he came to me for swallowing therapy, for it seemed whatever was shaking this man had also invaded the very anatomy that ensured his sustenance.

As all diligent inquisitors of my profession do, he wondered aloud why he was referred to a speech-language pathologist for a swallowing problem. I acknowledged by way of: “Next door neighbours are the vocal cords (starters of speech) and the esophagus (transporter of food and drink parcels). Sometimes the delivery worker accidentally delivers the esophagus’s parcel to the vocal cords (which also happen to be near the lungs’ chambers). The vocal cords do not like visitors, you see. Any stranger who comes potentially brings chaos, discord, and ill-health to the sterile and solitary chambers the cords maintain; to them, the parcels only harbour the germs of the outside world. One too many ‘gifts’ and their chambers may breed infection, inflammation, or pneumonia–yes, abnormal airs. Because we speechies have wonderful knowledge of this neighbourhood, we have the honour of ensuring that gifts are routed to the stomach through the esophagus and not to her neighbours the vocal cords (or the lungs their chambers). Thus it is my goal for you not to have food in your airway; in a word, I aspire for you to get well, and I aspire for you to aspire to do the same. Yet, I do not aspire for you to aspirate. Certainly, aspiration is not our aspiration.”

After I spent a few days working with him, the shaking man told me about his unsettling dreams: Immediately before the first of his tremors, he had dreamed of a man and his four adult children. They had come as strangers from the breeze and set up a debt collecting firm next to the shaking man’s house. They called their business simply ‘Park and Sons’. “Every night, at the darkest minute, come dressed ironically in white garbs, they invade my house to demand debt be repaid. The quivering man, incredulous, stated to them that he did not owe money to anyone, that he had paid the last of his debts six years earlier and still had the receipt to prove it. Still, Park and Sons invaded night after night, taking a few coins and bills and property. Dark after dark they made the promise-like threat that they would take all from the man eventually and leave him to waste away. “I have the dream nearly every night,” said the shaking man. “And each time, the man and his sons take more from me than they had before.” Although I am not one for superstition, the steely fear and conviction the man displayed as he related his nightmares compelled me to believe that somehow the sleeptime events were manifesting in this man’s reality. First there was the case of his weakened muscles warranting physiotherapy, and now the dysphagia–the swallowing difficulty. What next? I wondered.

As the weeks went on and the man told me of his latest encounters with the evil debt collectors, his demeanour changed. Wherever the colour of London sky goes in winter, there the colour of his face had gone also. He soon had difficulty centering his body when he walked and shortly thereafter was resigned to a wheelchair (how cruel for an infant to wrestle himself from the pram only to be forced back in as a man). A spry athlete once, his muscles were now sore and stiff from the beatings he received from Park and Sons. A dourness overtook him, the butterflies of his jovial days turned to moths at dusk. Many sessions did we have. Many times did I watch him eat, the shaking man. Many times did the food and drink slip into his airway instead of his stomach. The coughing, the runny nose, the clear-crisp voice turned into eddies of gasping drowns. Many times I asked myself: why must we breathe and eat so closely together, with only a thin wall separating these life sustaining channels, and with only a fleshy flap to protect breath when food comes to play? How cruel that the holy design of homo sapiens sapiens must endure such a flaw. I wish Frost’s words would have applied here, for you see, two roads diverge in our red bodies but not quickly enough, not swiftly enough. Alas, intelligently designed are we and evolutionarily cunning is our form. Thus this is deliberate and no flaw at all. But I dare say the shaking, coughing man facing me has overwhelming reason to believe otherwise.

Park and Sons continued pillaging. The man continued to owe no debt, but this reprieve was of no use, “and so my body I steel as they still steal,” said the shaking one. The swallow sessions ticked on. For all his darkness now, the shaking man worked harder in our treatment sessions than any patient before him. We used detailed and technical exercises to protect his airway and improve swallow; “tuck your chin-hold your breath-bear down-swallow hard-swallow again-cough gently-swallow fast-say ‘ahhhh’”, repeat. Mouth and tongue-strengthening exercises, repeat. Sometimes we needed the aid of technology, of tingling electricity applied to the neck and chin to resurrect the Lazarus muscles. Other times we simply used the collective wisdom of mothers past, present, and future: “Smaller bites,” “slow down,” “et cetera” (it never ceases to amaze me that mums know best). With the debt collectors still ransacking, we kept working, the long-term plan: being to enable my patient to store as many enjoyable eating sessions as possible and to delay the rate with which Mr. Park and Sons cause his swallowing to deteriorate.

By our last session we had arrived at a modified diet; food became softer and meats especially now were chopped up and he disciplined his fluid intake with small sips and slurps. As we both agreed, all of this would allow him to maintain his dignity and the joy of feasting but also ensure that his throat could safely accommodate the primeval urge to be nature’s alpha omnivore. Not long after the end of our therapist-patient relationship, I came across the man while on a weekend stroll by River Thames. Of all the bends far from me where the man could have been, on this magnificent serpentine water, serendipity yet united us, at the Ferris wheel’s leaden-eyed reflection in the South Bank. We exchanged hellos and asked how each was doing. The shaking man had a slight smile on his face, easy to notice and be taken aback by as I had grown accustomed to seeing a flat and numb countenance on his best days. Then he told me about the latest of the debt collector and his sons: “Mr. Park and Sons,” he said, “strangely enough, haven’t attacked me in a long while. They wait in the shadows of my doorstep, make no mistake, pacing menacingly back and forth…but that’s only it, nothing more. No prophesying attacks, no prescient beatings, no pillaging, no threats”. As I saw the smile broaden on his face and let the breadth of his words sink into my mind’s rivers, I freed a breath from my chest’s cage. No attacks, only restless pacing, no debts to collect. This, it seemed, was good enough for my once-patient, and on blue London day, this was good enough for me.

Reinfred’s poem was first published on the NFOSD (National Foundation of Swallowing Disorders) website. NFOSD’s mission is to  provide patient hope and improve quality of life for those suffering from all types of swallowing disorders. To learn more abut their organization, view educational webinars or obtain other information, visit: https://swallowingdisorderfoundation.com/

The Voice Aerobics graduate student scholarship is awarded annually to a student who demonstrates character traits and intention to make a positive contribution to the field of Speech-Language Pathology. To read more about Reinfred and other scholarship recipients, please visit: https://voiceaerobicsdvd.com/student-scholarship/2017-scholarship-winner/