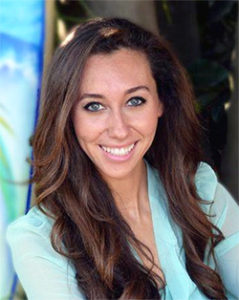 The Voice Aerobics™ graduate student scholarship is awarded annually to a student who demonstrates positive character traits and expresses intention to make a positive contribution to the field of Speech-Language Pathology. The 2014 recipient is Cosette Olivia Aguirre, a first year graduate student at California State University, San Marcos, California.

Once again, with over 80 applicants, my decision was painstakingly difficult. Applications were flagged, and then reviewed, over and over again.

When asked: Why have you selected the field of speech-language pathology ?  Cosette’s response captured my heart when she stated: “I want to help people see past their limitation and empower them to channel their strengths to overcome their perceived weaknesses. I want to have purpose.” She went on to say that she hoped to integrate dance, exercise, and art into treatment, and as one who believes strongly in the “heART” and science of speech-language pathology, her goal resembled mine many years ago, when, instead of pursuing drama therapy, I enrolled in a speech-language pathology program, hoping I would find a way to meld movement with speech therapy.

The student scholarship award was begun as a way of giving back to the profession that I love, to support clinicians who represent the future of the field, and as a way of affirming the continued success of my own business.

Thank you to everyone who took the time to submit an application. Acceptance of applications for next year will begin March 1, 2015, with a deadline of April 30, 2015.