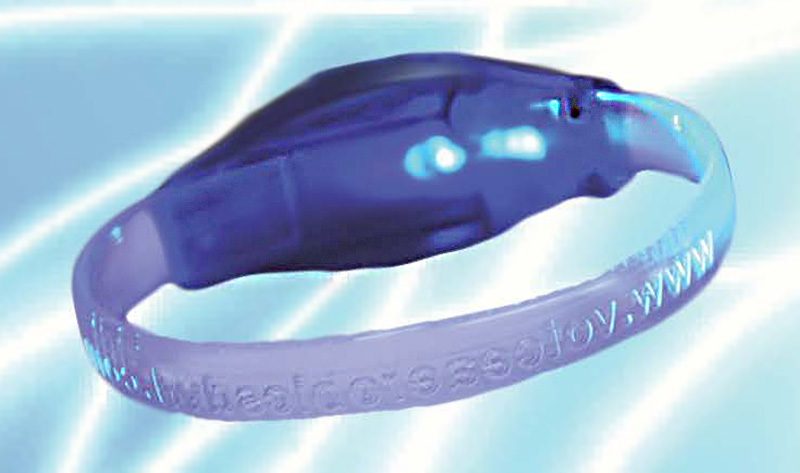 (A message to my readers:  I have decided to eliminate a monthly newsletter, and instead, utilize my blog as a venue for discussions, upcoming events and product information. I created my first blog post on Blogger.com over 3 years ago, and have published over 300 posts on various topics related to the patients I serve. My blog posts reflect the heart and soul of what I do every day as a speech-language pathologist, and my writing probably provides the most transparent picture of the passion and purpose that motivates me. Sometimes I will share relevant research and at other times, my opinion, but either way, I hope you will enjoy reading the posts and communicate with me via your comments and feedback. – Mary Spremulli,MA,CCC-SLP, Owner, Voice Aerobics)

Are you someone with a soft voice due to Parkinson’s, and despite speech therapy or other efforts, you still find it difficult to maintain adequate loudness? If so read on and learn why a Hi-VOLT® voice-on-light might help.

The most prominent gauge in your car, and perhaps the most important, at least in terms of how many times you look at it while you’re driving, is the speedometer. The job of the speedometer is to indicate the speed of your car in miles per hour, kilometers per hour or both. Even in late-model cars, it’s an analog device that uses a needle to point to a specific speed, which the driver reads as a number printed on a dial.

Anywhere from 70-90% of persons with Parkinson’s have speech and voice problems, collectively referred to as hypokinetic dysarthria. Problems of reduced loudness, reduced effort, and inaccurate feedback, are also related to a breakdown in the multisensory integration in our brain. Like the driver who misjudged his speed as too slow, many persons with Parkinson’s mis-judge their voice and vocal effort, often reporting that their very soft speech is “loud enough” or even “too loud, with a cue to be normally loud often eliciting the comment: “it feels like I’m shouting”. The pathophysiology underlying this impairment in internal cueing is only partially understood, but some speech studies indicate that different cueing mechanisms are located in different regions of the brain, with internally generated movements involving the basal ganglia, and frequently disrupted in Parkinson’s. This internal cueing deficit can often be improved, however, in response to external cueing.

Since the basal ganglia is also involved in helping us switch from one movement to the next, brain changes from Parkinson’s can also cause trouble with preprogramming and initiation of speech movements, which may be reflected in hesitancy, long pauses of silence, difficulty in starting a word, or difficulty in moving from one word to another.

So, like our car driver who must keep their eyes on the road, process car and background noise, talk with a passenger, AND maintain the speed limit, the person with Parkinson’s must be able to hear and process language, formulate speech and language, maintain an adequate level of loudness, and make necessary adjustments in loudness depending on the size of the room and any background noise, All of this, with a broken voice speedometer! Speech difficulties in Parkinson’s can also be further impacted by changes in cognition and age related changes to the speech  and hearing system.

Since speech and voice tends to improve dramatically in response to external cueing, a simple external cueing  device, might be a useful tool for individuals with Parkinson’s related speech changes to use during daily speech practice.

Hi-VOLT® 4 PD a portable, calibrated, voice activated bracelet, was created with this goal in mind. For years I have seen patients get louder in therapy, only to lose the effect once they leave the treatment room or are back home in their own environment. This is not because of lack of effort on the part of any person, but rather, it is simply the challenge of trying to compensate for a speech mechanism that has been changed, or is changing due to Parkinson’s.

I invite you to give the  Hi-VOLT® voice-on-light a try. It’s so easy, just Speak Up and See the Light!

It’s an affordable and portable device that just might help you rev up your voice engine!

To learn more about Hi-VOLT® and other products developed to support voice use, visit my website: https://www.voiceaerobicsdvd.com/ 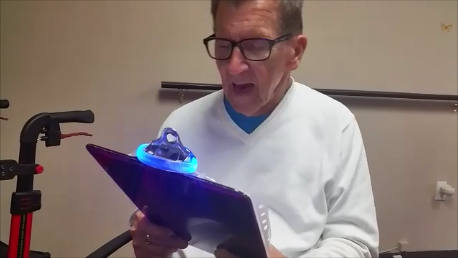