Join the Resistance Movement and Strengthen Your Breathing Muscles 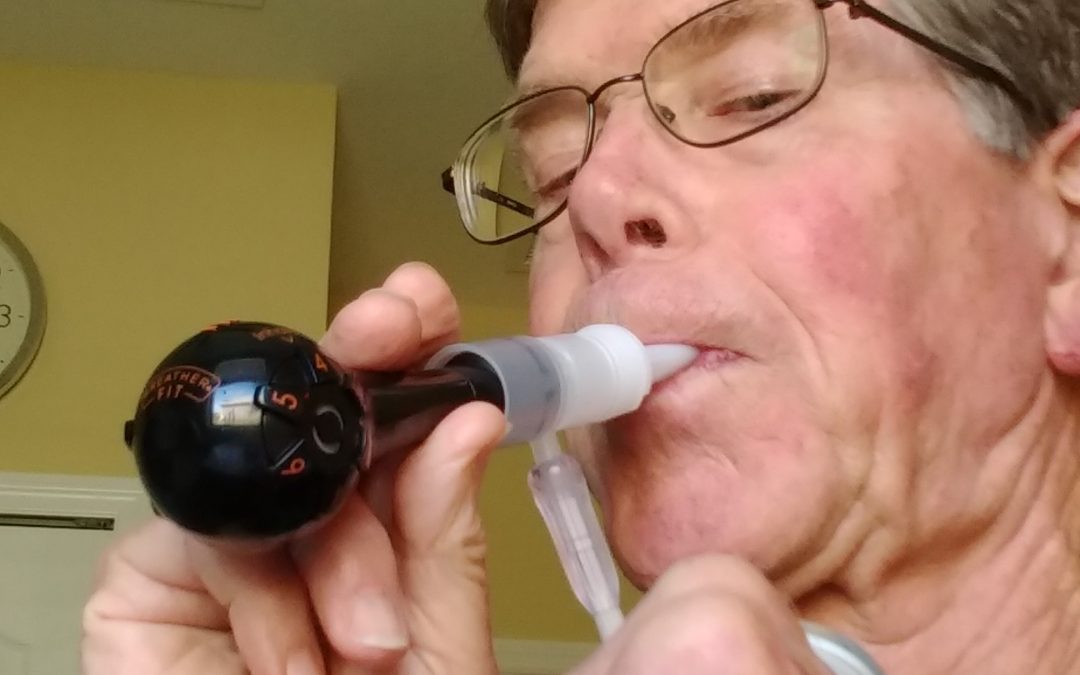 “I use the Breather to train and strengthen my diaphragm” Roger (Breather®FIT with Manometer) Roger is retired from broadcasting, and he doesn’t want Parkinson’s to rob him of his voice.

Resistance Training for the Breathing Muscles

Skeletal muscles are reactors and adapters to stimuli that challenge them. That challenge can come in the form of free weight resistance, band resistance or learning a complex movement like throwing or running. The muscles don’t care where the resistance is coming from and when a muscle does mechanical work against a resistance it will adapt and grow.

It turns out, that the breathing muscles also adapt to a stimulus challenge and a flow resistance device like the Breather® provides combined resistance for the muscles of inhalation and exhalation with the turn of a dial.

Respiratory muscle training devices have been around for over 30 years and promoted as tools for helping with mucus clearance from the lower airways as well as for strengthening the breathing muscles for tasks like cough and phonation. I first learned of the Breather® over 25 years ago, when a pulmonary rehabilitation therapist I worked with brought one to my office and said: “you might want to use this with your voice patients.” My voice patients at the time, were often people with a Parkinson’s diagnosis, and so, incorporating cRMT into the other voice tasks they were doing became relatively easy, and soon patients were reporting their own perceived benefits. Around that same time, research was emerging in the area of dysphagia (swallowing disorders) suggesting that there was an optimal swallow-breathing pattern in healthy adults.  Research focusing on individuals with Parkinson’s disease reported that individuals with PD may be more likely to swallow at abnormal times within the respiratory cycle, suggesting that the lack of proper coordination of breathing and swallowing may be an important underlying factor for dysphagia placing them for a higher risk of aspiration (food, liquid or saliva entering the airway).[i]

Research investigating the direct effect of respiratory muscle strength training and improved speech production, specifically voice, is relatively scant and study results are difficult to compare as the study populations are often different. However, it has been postulated that increasing inspiratory lung volume and recoil forces, one of the main strategies for increasing loudness of the voice, may result from inspiratory muscle strength training using a device intervention.

“I use the Breather Fit because it exercises both inhalation and exhalation and strengthens the diaphragm. My goal is to maintain as much control over my breathing to continue to speak well. I’m on setting number two on both inhale and exhale.” Mike (Breather FIT)

Mike, who is retired from the Navy, received a Parkinson’s diagnosis about 5 years ago. I met Mike shortly after he had been diagnosed, and not one to let grass grow under his feet, he recognized the importance of exercise, and soon after his diagnosis enrolled in a course of speech therapy. In October of 2016, he became one of the core members of a weekly speech class, The LOUD Crowd®, and is viewed by class members as a co-leader. After first using the Breather original, he advanced to the Breather FIT, and has made a commitment to daily training.

Be a Part of Future Research and Join the Resistance Movement

What are You Waiting For?

When using a variable flow resistance device one needs to generate constant velocity in order to complete the repetition or movement and using a manometer for feedback can help you focus on sustaining the effort. 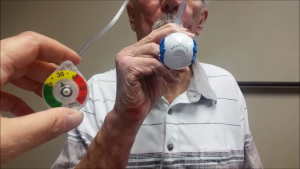 For individuals with Parkinson’s disease, bradykinesia (stiffness) is a feature that contributes to muscle weakness and both inspiratory AND expiratory respiratory muscle weakness has been described in individuals with PD. Using a cRMT device may help increase range of motion of ribcage muscles, help to normalize breathing patterns for persons experiencing respiratory muscle dyskinesia, and improve strength and use of the muscles for speech and swallowing.

Happy New Year. Let 2021 Bring Unity, Health, and Hugs to all of Us