YOU Have Parkinson’s…why should WE care? 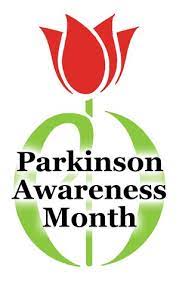 April is Parkinson’s disease (PD) Awareness month, and throughout the country, local and national organizations will sponsor events. Money raised will go towards research, support groups, and community-based education and exercise programs.

The prevalence of Parkinson’s disease worldwide has led some authors to refer to it as a pandemic, a word that unfortunately, because of COVID-19, has become familiar to all of us. It is estimated that the number of people with PD worldwide will double from 6.9 million in 2015 to 14.2 million in 2040. [i]

Unlike the COVID-19 pandemic Parkinson’s disease is not a communicable disease that is easily transmitted from one person to another, and the cause/s of PD remain a mystery to researchers and clinicians, though there are some environmental and genetic associations.

One similarity to the COVID-19 pandemic and Parkinson’s is the inequity in care, with studies and surveys reporting that in the US and Europe 40% of people with PD symptoms have never seen a neurologist or movement disorders specialist. In poorer countries around the world, there is even worse access to specialist and medications that are so essential to managing the symptoms of PD.

Based on findings of a study conducted by the Michael J. Fox Foundation for Parkinson Research the individual economic burden for a person with PD amounted to $52,000 annually, and the total economic burden of PD in the United States was $52 billion. The study showed the government spends nearly $25 billion each year in caring for people with Parkinson’s. About $2 billion of that is shouldered by Social Security, and the remaining $23 billion is in Medicare costs since nearly 90 percent of people with PD are on Medicare.[ii]  (As of May 2020 Congress had approved some $2.4 trillion to combat the coronavirus crisis and the resulting financial fallout).

Why Should WE Care?

If you are reading this blog post, likely you or someone you love has a Parkinson’s diagnosis. Or perhaps you are a therapist or other healthcare provider. Each year in April, as many Parkinson’s Awareness campaigns get under way, I always ask members of my LOUD Crowd, a weekly speech group for people with PD, the same question: “why should we care?”

We have learned (are learning) through the COVID-19 pandemic that people can be incredibly caring and altruistic, as well as selfish and self-centered. Even when strategies for managing the impact of a health crisis are offered, some will ignore those recommendations at a cost to others. At least 50% of the government’s money is the result of individual’s paying taxes and yet, rarely do we have a direct say in how it is allocated. Some people will rail against government spending, and others will welcome it when it has a direct impact on their well-being.

So, as we enter April and Parkinson’s Awareness month, I ask readers: “what do you want people to know about Parkinson’s disease, and why should we care?”

Please join me in supporting the mission of the World Parkinson’s Program (WPP), the only charity that provides free medications to people with Parkinson’s disease (PD) living in poverty around the world. Free event but your donations will help to provide medications to PWP without access to healthcare and medications. 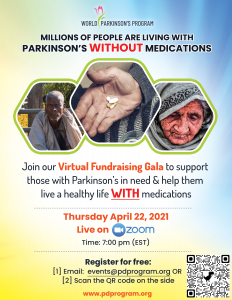 Join Me April 1, 2021 for Therapy Break™Sponsored by the Parkinson and Movement Disorders Alliance (PMD Alliance). 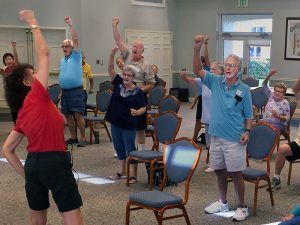 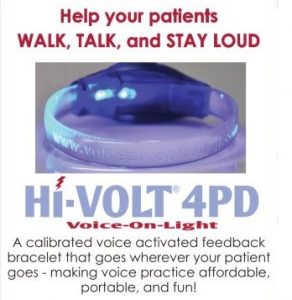 To Order and Learn more about the Voice Aerobics Family of Products: https://voiceaerobicsdvd.com/