Why Do Some Parkinson’s Patients Fail to Retain Speech Therapy Outcomes? 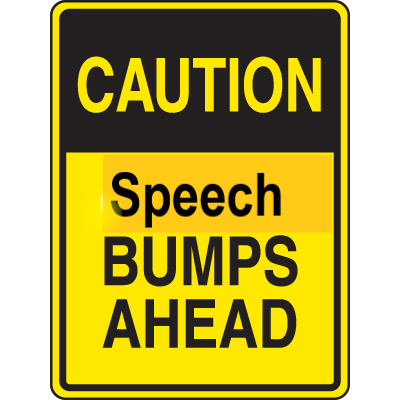 When meeting a new patient with Parkinson’s disease diagnosis, I will ask if they have received speech therapy in the past and if they answer “yes”, I ask if it was helpful. Often patients do report that they participated in a formal program such as LSVT® LOUD or SPEAK OUT! stating: “I think it helped.” “Did you continue to do the exercises?” I ask. And very often the response is “no.”

What ensues is my minor lecture about speech therapy and exercise in general. And if you read this blog or know me at all, you know it goes something like this: “exercise is exercise is exercise.” Thirty days of vocal function exercises designed to strengthen the voice and improve the way you communicate should garner a positive outcome. But when you fail to continue the exercises, a de-training affect takes place, bringing you back to baseline. This is true for you and it’s true for me, with the biggest difference for those of you with Parkinson’s, is that when you are doing NOTHING, Parkinson’s is doing SOMETHING! 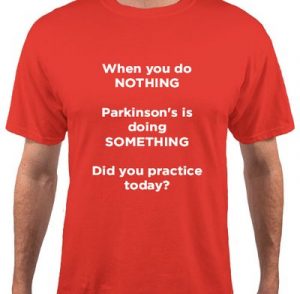 But exercises to maintain the strength of the respiratory and voice muscles is only part of what maintaining communication abilities entails.

Speech that is repeated and speech that is read aloud seem to require the least amount of attention or effort, and these sorts of tasks have been associated with remarkable voice and speech improvements as compared with spontaneous speech, in persons with Parkinson’s disease (PD). But spontaneous speech on the other hand, also called novel speech or voluntary speech, refers to newly created, extemporaneous utterances. Such speech can be assumed to involve a larger amount of communicative effort and attention to content than rote speech. Researchers have shown that when voice patients were required to speak on a specific subject and at the same time self-monitor some aspect of voice that they were trying to change, modify, or improve, the degree of cognitive effort could easily distract the patient from maintaining dual focus of attention on both content and some aspect of voice production.

For many patients with Parkinson’s and especially those with more advanced disease, increased cognitive load often has a disrupting effect on speech language planning.

This difficulty with dual or even multi-tasking likely is represented in the difficulty some PWP experience when attempting to internalize a cue or self-monitor speech outside of the structure of therapy, and is a problem that should be anticipated and planned for before therapy discharge.

Conversation is demanding and expecting patients to give attention to perceptual and sensorimotor aspects of speech, cognitive-linguistic aspects of communication, emotional content, and pragmatic aspects of conversation such as eye contact and turn-taking may spell failure and frustration for many patients, who are otherwise motivated to improve the way they communicate.

Thirty days of speech therapy can simply not be the end point for most patients with Parkinson’s disease, and after therapy maintenance programs such as Voice Aerobics® and the LOUD Crowd® can provide PD patients with an opportunity to continue to practice and strengthen their ability to attend to the sensori-motor aspects of speech production AND the cognitive-linguistic demands of communication in a safe and supportive setting.

Visit the Voice Aerobics website and see what products and programs are available to support your speech and voice practice.