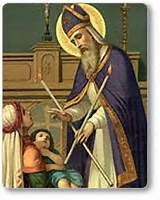 Can anything good ever come from Parkinson’s disease, you might wonder?  There’s no question that (PD) it is a chronic disease fraught with many challenges. But, in 2008, Parkinson’s was the conduit that brought me to my friend, Kate Kelsall.

In the fall of 2008 when my website went live for the first time, I contacted several individuals and organizations within the Parkinson’s community to offer them a complimentary copy of my newly released Voice Aerobics® DVD. I sent a copy to Kate, who at that time was already writing a blog about her experiences living with Parkinson’s, and she quickly responded. I can’t even tell you what it was that clicked with me and Kate, but quite soon after that first email, we developed an online friendship. In February of 2009, we met face to face for the first time when Kate joined me on a Parkinson’s educational cruise. Those few days spent together at sea sealed the deal. Whether it was because Kate laughed at my jokes, joined me in any attempt to improve speech and voice, or her social work background that made her such a good listener, it was obvious we were going to be BFF’s. I am sure that over the 10 years of our friendship, I complained to Kate about the mundane issues of my life much more than she ever complained to me, but, she never judged, always listened, and when appropriate provided helpful suggestions. As our friendship grew deeper, she became a confident, my muse, and my “go to person” for all things Parkinson’s

Kate and I emailed at least daily, sometimes several times a day. And although from time to time she would discuss some of her struggles managing symptoms of Parkinson’s disease, more often, she would talk about a dance recital coming up (she danced with the Rockyettes, a local dance troupe), about her rescue dog, Rusty, her husband, Tom, or about a patient and family she had accompanied to DBS surgery. Kate was a champion of DBS, forming and leading a DBS support group in her home town of Denver, and writing honestly about her experiences with DBS on her blog.

Since St. Blaise was the patron saint of throat ailments, in 2016,  we thought it an appropriate day to share some of the insights we each had gained as we viewed Parkinson’s from two different perspectives. I’m not sure if it was some type of friendship osmosis, but it seemed that over the years of knowing Kate, I  became a better writer, and so, we started talking about  a  goal we wanted to achieve, which was to consolidate some of our blog posts into a booklet that could be of interest and help to people living with PD and the professionals who care for them.

Sadly, before that goal could be realized, Kate began to experience a decline in her physical health. Her speaking voice had been getting weaker for some time making a phone conversation nearly impossible, and by the spring of 2016, she was no longer writing emails to me, and her absence from my life was already beginning to be felt. In the summer of 2016 she passed.

The loss of her speaking voice to Parkinson’s was one of Kate’s nemesis, but her written voice touched hundreds of people, and it is the written word, after all that can empower us for a day, or  stay with us forever. 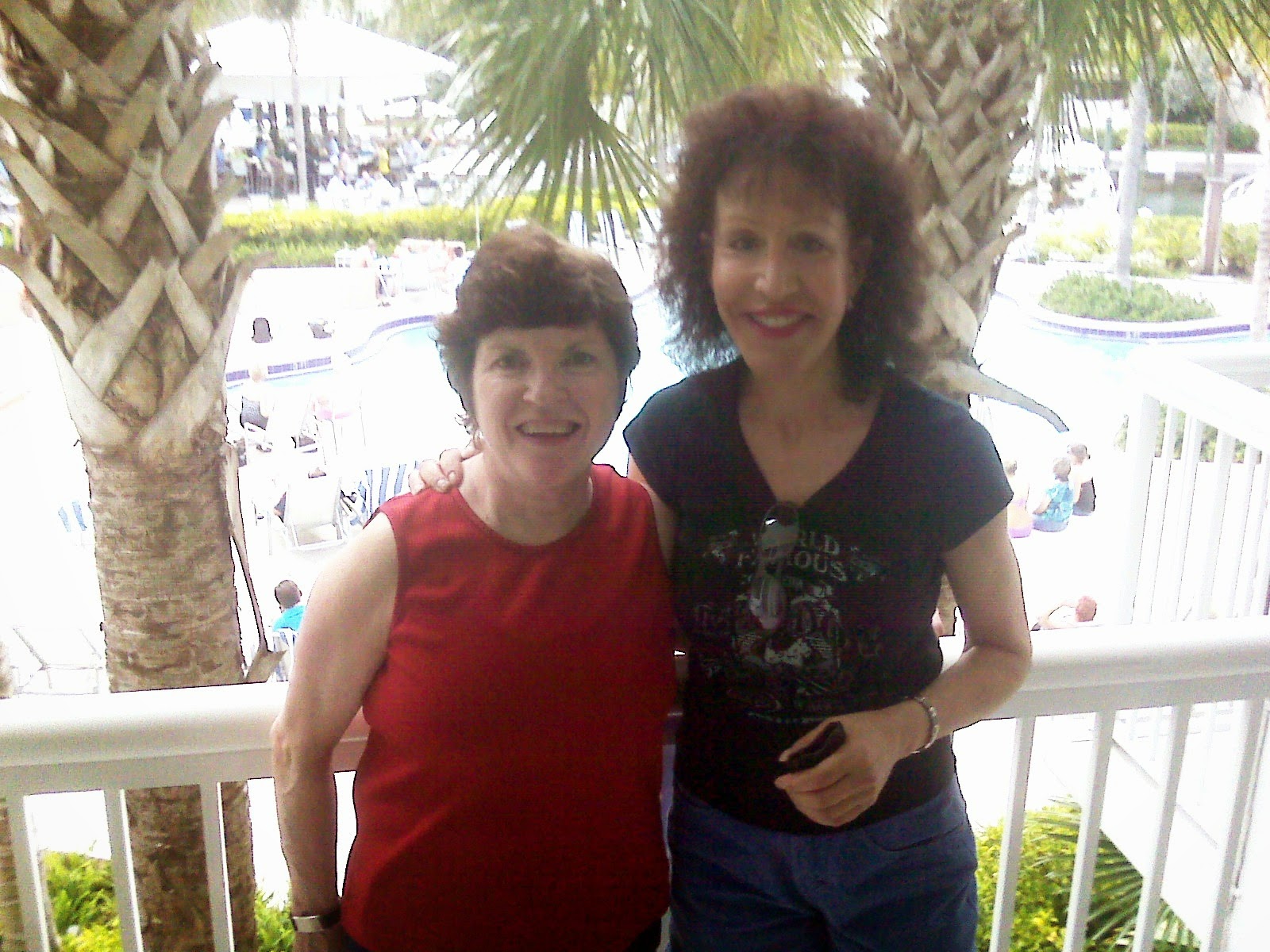 Our dual posts were first published in 2015. Below are Kate’s responses to my questions.

Mary asks: You have lived with Parkinson’s Disease (PD) for 20 years, now, in fact, exceeding the prediction of your first neurologist. What do you wish therapists and other health care providers understood about YOU, the person living with PD?

Kate: After living with Parkinson’s for 18 years, I had exceeded my first neurologist’s prediction that I would live for ten years after my diagnosis. Every day during my 10th year of PD, I worried if today was the day that I would die. Thankfully, the neurologist was wrong in her prediction.

I would like therapists and other health care providers to understand that I am strong-minded, resilient, and am determined to make the best of my life despite PD. I am involved in meaningful and purposeful activities such as writing my blog, Shake, Roll and Roll. During the past eight years, I have co-founded and co-lead the Bionic Brigade DBS Support Group. The secret of my longevity with Parkinson’s is keeping my body and mind active.

Mary: You underwent Deep Brain Surgery (DBS) surgery nine years ago, and have really become quite the champion of that procedure because you have had such a good outcome. What are the main things you tell someone who is considering undergoing DBS?

Kate: The main things that I tell someone who is considering DBS are the following: DBS helps to relieve the motor symptoms of PD. It reduces stiffness and improves the ability to move. DBS may also reduce the severity of tremor. DBS is not a cure for PD. There is currently no cure for PD, and PD continues to be a progressive and chronic disease. It frequently can take up to six months or more for optimum DBS programming and adjustment of your medication. Don’t expect that DBS can relieve ALL of your motor symptoms such as tremor, dyskinesia, dystonia and rigidity ALL of the time. But do expect DBS to manage SOME of your motor symptoms SOME of the time. Don’t expect that DBS to be a treatment for your non-motor symptoms of PD such as speech and swallowing problems. These problems, in addition to gait difficulties, sometimes worsen as a result of DBS.

Mary: Why did you decide to enroll in speech therapy? Did you notice your speech or voice was changing, or was it simply the recommendation of your neurologist at the time?

Kate: Before being diagnosed with PD, I was involved with Toastmasters and gave presentations to the group and also within the community. The feedback that I received was that my voice was quiet, that my voice and face lacked expression, and that my left hand shook.

In order to get treatment for my soft voice, I obtained a referral from an ENT who referred me for vocal cord augmentation surgery. I had unsuccessful vocal cord surgery in February 1996, and I was diagnosed with PD shortly thereafter in May 1996.

None of my neurologists have ever recommended speech therapy for me. It was only through my own initiative that led to getting a referral for LSVT®.

Mary: One of my pet peeves is when at PD conferences; the organizers refer to persons with PD as “the patients.” How has the diagnosis of PD changed your self-perception?

Kate: These are the labels that I find upsetting when referring to a person with PD:

Patient (when I’m not his/her patient), Victim, Sufferer (and other derivatives of suffer), Parkie, Afflicted by, Handicapped by

It is important to let others know which words are preferable to you as a person living with PD. At first after being diagnosed with PD, I developed a self perception of being an imposter, denying and not accepting that I had PD. I thought I could PD beat with a positive mental attitude. Later in the PD journey, I developed a-perception that my identity is far greater than that of a PD patient. I am a person living with PD who is also a wife, blogger, writer, counselor, volunteer, dog-lover, daughter, sister, aunt, cousin, niece, friend, dancer, musician and much more.

Mary: When someone’s voice is changing, becoming softer, because of PD, their spouse often begins to do a lot of the talking. How have you and Tom, your husband, struck a balance between you speaking for yourself, and him offering help at those times when you may be having more difficulty with your voice.

Kate: Tom and I have developed strategies to deal with the changes in my voice, and we’ve been able to strike a balance between speaking for myself and other times accepting Tom offers for help when I’m having more difficulty with my voice.

The following are some of the strategies that Tom and I have used:

When I hear or understand only part of what Tom is saying, I don’t say “what?” or “huh” but instead say the part of the message that I heard in the form of a question. This allows Tom to clarify his or her message and creates a respectful communication exchange.

I have often felt left out or isolated in group situations because my voice is quiet, and I sometimes can have difficulty hearing or understanding what others are saying. I might have trouble formulating my thoughts and keeping up with the pace of the discussion and adding my comments on a timely basis, I occasionally have problems with finding the right word and sometimes have difficulty interpreting and responding to the non-verbal aspects of the discussion.

When I attempt to communicate within a group environment, it is important to develop verbal and non-verbal signals that indicate when I want others to help and when I want to communicate on your own. For example, signals might include the following:

Mary: Speaking of marriage, how have you and Tom, your husband, kept Parkinson’s from becoming the most important thing in your relationship?

Kate: At times, Parkinson’s is the most important thing in our relationship. The priorities competing for the “most important thing” in our relationship are constantly shifting. Sometimes it’s my health, other times, it’s Tom’s health; sometimes it’s financial issues; other times it’s how to spend our leisure time. Throughout our 40 years of marriage, we have been active, but now our pace of life is a little slower. Sometimes, it’s difficult to tell if the normal aging process has slowed us down or if it’s the progression of PD that caused this. We can’t blame every little ache and pain on PD.

We both have individual interests. Tom loves fly-fishing and bike riding, and I like Broadway dancing and walking and reading. We also have joint interests: travel, attending movies, sharing meals together; and dog-walking our English Springer Spaniel, Rusty.

Mary: What do you mean about saying a prayer to St. Blaise? Is there some spiritual component to integrating a chronic disease diagnosis into your persona? What gives you hope and trust about what the future will bring?

Kate: At first I was angry at God for getting diagnosed with PD. Then I wondered, if not me, who would be a better choice? I need to have a spiritual connection to know that I’m not alone and to maintain my hope and trust about the future with PD.

Through the intercession of St Blaise, bishop and martyr,
may God deliver you from ailments of the throat.… St Blaise, Pray for Us …