Speech or Physical Therapy for Parkinson’s: which one should you do? 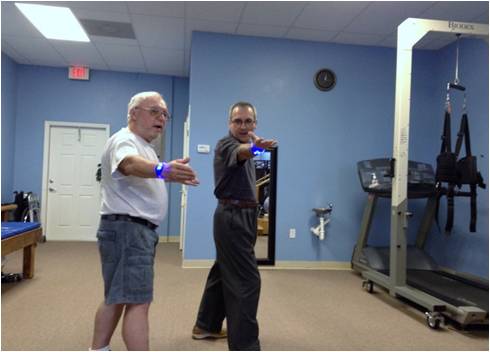 When a patient with Parkinson’s disease is referred for a speech therapy evaluation, it’s common for them to have a referral for Physical therapy as well, and so they will ask: “which should I do?”

My answer would be both, but perhaps not at the same time, and the reason for that, is that both therapies should entail home practice, and the expectation that the patient must do daily home practice, in addition to their scheduled appointments may be overwhelming.

The unintended consequence of expecting a patient to do too much, may be that the patient doesn’t follow through with any of it.

A sense of being overwhelmed by external demands and expectations may not only affect the person with PD but can also impact their spouse or family member who is participating in their care. Frequent outside appointments to doctors and therapies can begin to feel like too much for everyone. Newly diagnosed patients may be grappling with trying to learn about Parkinson’s disease and those who are in later stages of the disease, have possibly already undertaken many years of therapy with varying degrees of success.

Helping patients prioritize a schedule may be helpful. If they are having frequent falls or other balance issues, then perhaps physical therapy should begin first. If they are reporting swallowing difficulty, that includes coughing or “choking” when eating and drinking, then, a swallowing evaluation, which includes an instrumental evalution should be a priority. If reduced vocal intensity is a problem, a patient can be instructed in vocal function exercises that they can begin and incorporate into their physical therapy, with a plan to return for a more formal and intensive speech therapy program once finished with PT.

Sergio Valdi,DPT has a patient use his Hi-VOLT to count out during PT

The Voice Aerobics® family of products are home-based tools, developed to help patients practice on their own, before, during or after formal speech therapy. Hi-VOLT® 4 PD is a guided audio program which can be used independently by patients to help improve vocal intensity for speaking. The Hi-VOLT® voice -on-light bracelet, is a calibrated feedback tool that lights up in response to high effort voicing and provides concurrent feedback during speech practice. Using the Hi-VOLT® bracelet during physical therapy can be a great way for patients to incorporate voice strengthening while focusing on physical exercise.

Speech Vive is a programmable device intervention that for most patients triggers an instant improvement in vocal intensity comparable to what often takes several weeks of speech therapy. Use of this type of a device may enable patients to immediately have more success participating in conversational speech giving them a greater sense of well- being and motivation to undertake the other demands of living with PD.

Democratic National Convention Inspires those living with a Communication Disorder

Two of the most inspiring messages during the recent Democratic convention came from Gabbie Gifford, former Arizona representative who suffered a traumatic brain injury when she was shot in the head in 2011, and Brayden Harrington, a 13 yo boy who stutters.

Gabbie Gifford has no doubt spent endless hours in speech therapy and on her own working to regain her speech after suffering a severe aphasia, and that same determination and resilience is undertaken every day by the thousands of people who also suffer from aphasia, speech and language difficulty resulting from some injury to the brain such as a stroke or traumatic brain injury. Brayden, who has stuttered since early childhood, has had to overcome teasing and bullying because of the way he talks, but this week he demonstrated incredible courage standing before a national audience and  unashamedly stuttering, demonstrating that sometimes a difference can bring us strength.

In 2009, Vice President, Joe Biden was awarded the 2009 Annie Award by the American Speech-Language-Hearing Association (ASHA).

The award is presented annually by ASHA, and was first given to Annie Glenn, wife of former Senator John Glenn, an advocate for those with communication disorders, and, like Joe Biden a stutterer. As a child, Glenn had a severe stutter, and struggled with it for many years, however, after receiving help, she was able to speak more fluently, and went on to dedicate her life to being a champion for persons with communication disorders and recognizing the work of the professionals who help them.

Joe Biden has spoken candidly about his stuttering when he was young and how he worked to overcome it, and has credited his fluency difficulties with shaping his character as well as his commitment to supporting individuals who face challenges to achieving their full potential.

Giving these two individuals Gifford and Harrington, an opportunity to speak, made me, as a speech-language pathologist proud to know the role we serve in helping people overcome and live with the challenges of a communication disorder.

The ability to communicate affects every aspect of our adult life, and impacts a child’s developing sense of self and their ability to learn and interact with others. Speech–language pathologists are experts in communication and work to prevent, assess, diagnose, and treat speech, language, and swallowing disorders in children and adults.

To reduce the isolation people may feel during the pandemic, and understanding the importance of communication, the National Aphasia Association is offering monthly video chats. Everyone is welcome to the video chats, though they are structured specifically for people with aphasia in mind. The chats are a mixture of people with aphasia, caregivers, and professionals who work with people who have aphasia. They ask that everyone uses aphasia-friendly communication.

Time: The next meeting is on August 26th at noon ET (that’s Eastern Time).

Topic: The topic we’re discussing: What new hobbies have you added?

Guarding Voting Rights for People with Disabilities Including Speech and Hearing

One in five people eligible to vote has a disability. In order to ensure they can vote, the Americans with Disabilities Act (ADA) requires that voter registration and voting be accessible for people with disabilities and that poll workers assist voters with disabilities if they need help. This includes individuals with impairments in speech and language, cognition and hearing. (Source ACLU https://www.aclu.org)

For many voters with disabilities, vote by mail has always been the safest and most accessible way to cast a ballot, because it allows them to avoid the challenges of getting to the polls, waiting in line, and facing physical barriers at the polling place.

If you are someone with a disability, act now and make a plan for how you will VOTE by mail or in person. 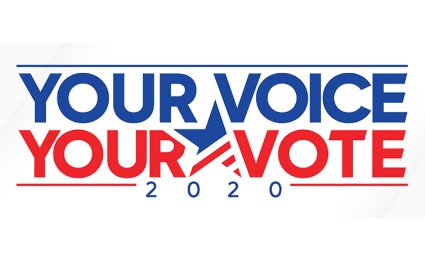