Speech and Language a Precious Commodity That Can Be Lost: Use it Wisely 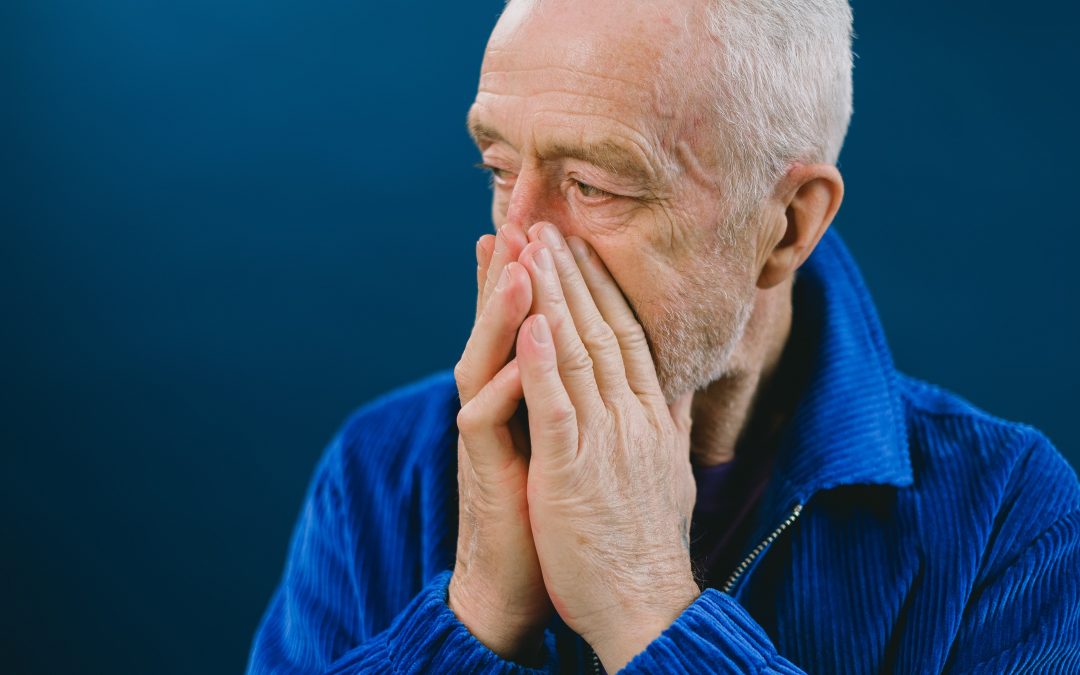 It seems these days, that you can barely turn on the news, read a newspaper or social media post without seeing someone spewing some hateful rhetoric. Free speech for some, has become synonymous with hate speech, that is often directed at some other group or person deemed the enemy of a belief or cause. I am frequently left wondering why people choose to use this amazing gift of speech in such a harmful way, when it can be lost in an unexpected moment.

Speech, the vehicle to express thoughts or feelings can be lost sometimes in a second, following a stroke or other trauma to the brain, and in other instances the loss can occur gradually as in the case of a progressive neurodegenerative disease or dementia. One of the most dramatic examples of this is locked in syndrome, a rare neurological disorder in which there is complete paralysis of all voluntary muscles except for the ones that control the movements of the eyes. I have seen a few of those patients, and it is heartbreaking to see them isolated and vulnerable in a world where the ability to speak provides us our ultimate autonomy and control over our decision making. Families are also affected when a loved one loses or is losing the ability to speak, as that loss can leave an emotional void that is not satisfied by the presence of a physical presence alone.

Aphasia affects more than two million Americans and yet, many people are unfamiliar with this disorder, although the recent revelation about Bruce Willis’s diagnosis has brought attention and awareness about aphasia to the general public.

Voices of Hope for Aphasia is a community-based program located in Tampa Bay, Florida offering in-person support groups and programs in the Tampa Bay area, and online programs accessible to anyone with a computer or smartphone.

National Aphasia Association (NAA) is a non-profit organization founded in 1987 that provides access to research, education, rehabilitation, therapeutic and advocacy services to individuals with aphasia and their caregivers. The NAA acts as a syndicate of resources, promoting sense of community among individuals and caregivers.

“Whether he realizes it or not, man (woman) is affected every hour of his life not only by the words he hears and uses, but also by his unconscious assumptions about language.  Such unconscious assumptions determine the effect that words have on him — which in turn determines the way he acts, whether wisely or foolishly. Words — the way he uses them and the way he takes them when spoken by others — largely shape his beliefs, his prejudices, his ideals, his aspirations. They constitute the moral and intellectual atmosphere in which he lives — in short, his semantic environment.” S. I. Hayakawa Language in Thought and Action

In case you missed it, recently I offered several in-person and online presentations and discussions on the challenges couples face because of communication changes that can accompany Parkinson’s diagnosis. Understanding how your roles may be altered can help improve and nurture the health of your relationship. 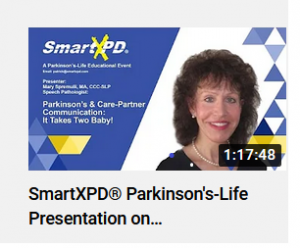 View the recorded presentation by visiting my website: https://voiceaerobicsdvd.com/

My Mission: To enlist individuals in their treatment, and help them express their personality & spirit through voice. To educate and empower. Mary Spremulli, MA, CCC-SLP * FiTOUR® Group Exercise Instructor * Voice Aerobics® A Whole Body Approach to Voice Practice