SpeakEasy4PD: A Successful Community Based Program 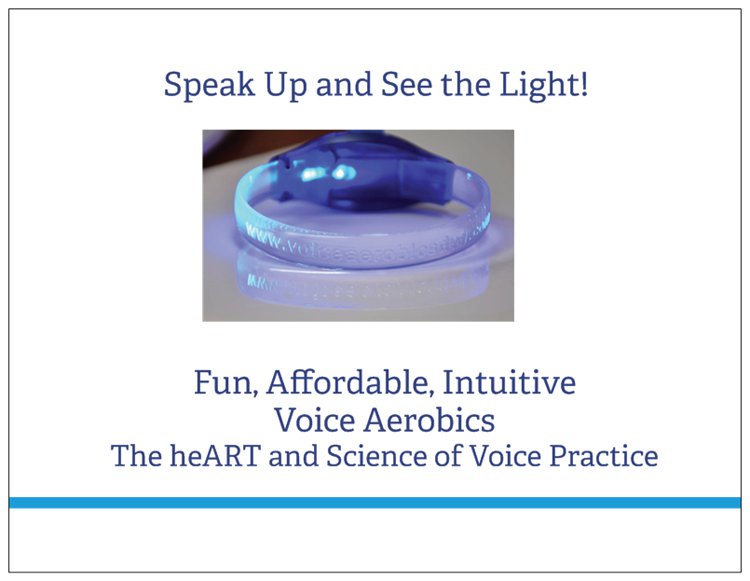 Most people with Parkinson’s or related diagnosis most likely know that speech and swallowing problems are common non-motor symptoms, and may be present early or late in the disease progression. And while several speech therapy program have been developed to address the motor speech changes associated with Parkinson’s, there is a growing understanding that the changes in communication are much more than a soft voice, and include dysprosody ( lack of inflection and emotional expression), cognitive-linguistic impairment, and alterations to social interaction and pragmatics. Any or all of these changes can impact mood and social participation and interventions that ignore the breadth and depth of changes will always remain incomplete.

Why Do Some Patients Not Retain Speech Therapy Improvement?

Referral to Speech Therapy continues to be inconsistent among providers and for some patients, there may be barriers to participating in out-patient speech therapy including lack of transportation, lack of insurance or high co-payments, and the patients own belief that there is nothing wrong with their speech. And, even following intensive speech therapy, some individuals are unable to retain benefit due to cognitive impairments which preclude self-monitoring and/or the ability to internalize a cue. Extreme motor fluctuations, inability to independently carry out home practice, forgetfulness, and lack of social supports, are all additional factors which may impact long-term benefit from speech therapy interventions.

How Can Community Based-Programs Help?

There is data to suggest that once PD exercisers are enrolled in a program, social aspects of the exercise program, such as social interaction (i.e., exercising with other people who are living with the same disease), is a stronger predictor to continue an exercise program than an individual’s motivation to improve muscle strength. These findings may also apply to group communication practice, and studies of individuals with chronic disease diagnosis suggest social support as a strong predictor of exercise adherence.

Speak Easy 4 PD when offered as a weekly class, affords participants an opportunity to learn more about managing the speech and swallowing symptoms of their disease, and provides a forum for practice, feedback, and peer support. The class format utilizes a hybrid approach incorporating education, direct instruction in vocal function exercises, cognitive-communication activities and swallowing safety education and behavioral strategies to improve safe oral intake. Participants receive a Hi-VOLT® calibrated, voice-activated feedback device to use at home during daily speech practice. Following each week’s class, written instructions for home practice are provided to participants

Since the class is available to anyone with a diagnosis of Parkinson’s  or related disease diagnosis (e.g. PSP), some may use it as an after-therapy program, and for others, pre-therapy participation may serve as a segway to enroll in a formal speech therapy program and yield improved self-efficacy.

In 2016, Speak Easy 4 PD was offered as an in-person class at Hope Parkinson’s program, located in Cape Coral, Florida. In the fall of of 2021 and the spring of 2022, due to generous funding from the Parkinson’s Foundation, Speak Easy 4 PD was provided  at no cost to interested members of the Hope Parkinson’s community.The class was held over eight consecutive weeks for 75 minutes using a virtual web-based platform. Pre and post class online surveys were completed by participants and the surveys were designed to identify characteristics of individuals joining the class, specific communication goals, and post class surveys focused on perceived benefits.

The average age of participants was 75yrs. with 7 women and 8 men completing the class. Range of Parkinson’s diagnosis was from 1yr to over 10 years for 4 individuals.  Six individuals had never participated in prior speech therapy, and  nine individuals participated in speech therapy elsewhere (LSVT®LOUD or Speak OUT), but only 2 of the 9 reported that they retained benefit from speech therapy. When asked to rank in order of importance, the improvements they hoped to attain at the end of the 8-weeks, the primary response was: “to communicate better with spouse and family,” followed by: “to speak loud and clear.”

5/15 participants met with the instructor before the first class session and acoustic measures were collected using the  LSVT® Companion Softwear. Maximum phonation time (MPT)  oral reading of the Rainbow passage and brief conversational speech was collected. The MPT task was repeated using the Hi-VOLT® and a single cue: “vocalize and ah loud enough to activate the light.” The Yale Swallow Protocol, a swallowing screening tool was also administered.

In response to the Hi-VOLT cue, there was a documented increase in vocal intensity for all in-person participants with an average increase in loudness of 9dBSPL. This measure was the same as data reported during the fall class of 2021 (9.8dB) and while standardization of pitch might provide more reliable results for MPT the response to the Hi-VOLT provided confidence about a change in vocal intensity and duration of sustained phonation that participants would likely obtain when using the device at home during independent practice.

Duration of sustained phonation increased for all participants at the conclusion of the 8 weeks, with the greatest change for one female participant from 7.5seconds to 23 seconds, and her stating: “exercise  really works.”

Eight post-class surveys were completed anonymously and returned online. Two of the questions directly addressed the goals of most participants at the onset of the class and included: Q1: My voice is louder/stronger since completing Speak Easy 4 PD. 100% of participants responded: Agree or strongly agree. Q3:  I can communicate better with my spouse, family, or friends, since completing Speak Easy 4 PD. All participants indicated agree or strongly agree, and one indicated neither agree nor disagree.

Class 5 focused on Care-partner Communication and spouses or other interested care-partners were invited to join class members in a discussion. Although a few studies have focused on interventions aimed at the conversation partners of individuals with communication disorders such as aphasia following stroke, no similar training exists for communication partners of persons with with Parkinson’s disease, and based on the feedback from spouses, this should continue as a part fo the Speak Easy 4 PD format. 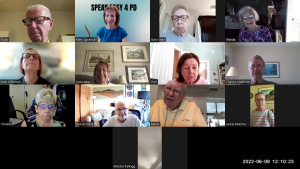 A Template for Other Parkinson’s Organizations

The positive outcomes reported and the ability to offer Speak Easy 4 PD in an online format may provide a template for other Parkinson’s organizations wishing to offer the class as a part of their community-based programs, and the benefit to individuals with PD may be best reflected in in a post class survey in which a participant wrote: “This has helped me to communicate with my husband who is VERY hard of hearing. Even with his new hearing aids I struggled. Often, he doesn’t hear me clearly and I needed to repeat myself. The class has helped me to slow down, speak more clearly, project my voice and breath so I don’t rush, this makes my voice louder and more clear. Our communication has improved a great deal, but I am going to keep practicing. I’m so glad I took the class. Mary brought up numerous points that I had not thought about when speaking. Thank you for offering it.”

**If you are a speech-language pathologist researcher or Parkinson’s Organization interested in collaboration with Voice Aerobics with interest in implementing Speak Easy 4 PD and/or further data collection and analysis, please contact: info@voiceaerobicsdvd.com