Parkinson’s Pesticides and the EPA: Do you care? 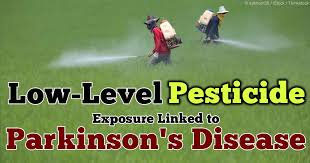 The recent resignation of EPA administrator, Scott Pruitt, amidst numerous ethics controversies, was a relief to some environmentalist, but, his predecessor Andrew Wheeler’s vocal skepticism about climate change suggests that the agency may still be impotent to carry out its mission under administrative leadership that voices a disdain and disbelief of scientific research.

The Environmental Protection Agency (EPA) was created to serve as a critical public health agency whose primary mission is to protect human health and the environment, and Americans have come to rely on the EPA to develop public standards, based in science, providing protection we all desire for ourselves and our planet.

If you have a diagnosis of Parkinson’s disease, no doubt, you have read or heard of some of the scientific studies which discuss the role of environmental exposure to toxins and the development of PD.

Parkinson’s disease (PD) affects millions of people around the world and is a multi-organ neurodegenerative process with an etiology that appears to be a complex interplay of genetic and environmental factors. It is theorized that there is a “dual-hit” caused by genetic predisposition and subsequent environmental factors interacting to create the cellular dysfunction that causes PD. Several large American cohort studies found self-reported pesticide exposure to be significantly associated with PD.

The Braak model hypothesizes that pathologic agents penetrate the nervous system via the olfactory bulb, gut, or both and gradually spread to the nervous system causing the non-motor and motor features of PD, and although the pathological agent/s have yet to be identified, several environmental exposures have been associated with PD including pesticides.

Although numerous pesticides, herbicides, and other chemicals are implicated as playing a role in the development of PD, scientist seem to concur that more large, multi-center studies are needed, the type that are often funded by the NIH or other government funding sources.

Over my 30 year career, I have sat with many Parkinson’s patients who have wondered out loud about how or why they developed the disease. “Was it the farm I grew up on? The chemicals in the Navy? The chemicals in the factory where I worked?” They ask these questions not only to unravel their own mystery, but because they know that answering the “why” and “how” of this disease underlies the search for a cure.

Identifying and reducing exposure to those factors, including environmental that may mitigate Parkinson’s disease should be important to everyone with PD and to all the rest of us who value our health, our family’s health, and our environment.

Parkinson’s community members are encouraged to join the Unified Parkinson Advocacy Council’s (UPAC) efforts against paraquat, an herbicide link to the development of PD. You can follow the link below to sign an online petition.