How to Survive the Black Swan of Parkinson’s diagnosis: a patient perspective 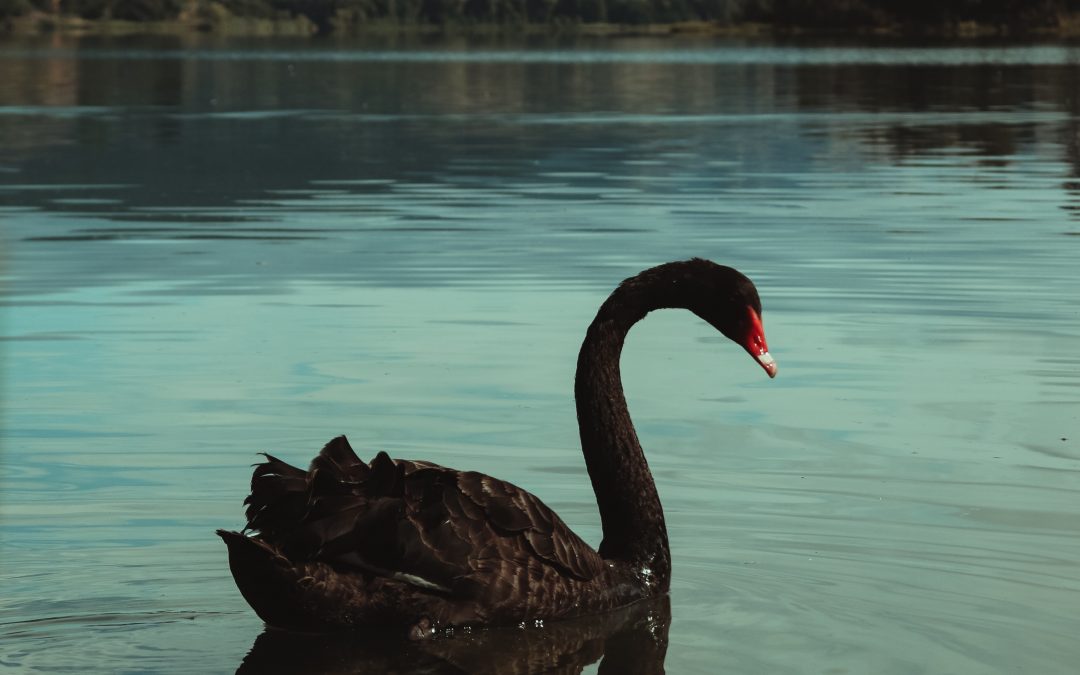 Surviving catastrophic events has been the subject matter taught by chemical engineer John Murphy throughout his extensive career as a risk analyst, consultant, and international lecturer.

While working as a risk analyst for several major chemical companies, John often helped companies survive black swan events. Black swan is a term first used by Greek philosopher, Aristotle, and are defined as rare and unpredictable catastrophic events. Nassim Taleb, a risk analyst and mathematical statistician expanded the definition to include three attributes: it lies outside the realm of regular expectations; it carries an extreme impact; and, in spite of its outlier status, human nature leads us to concoct explanations.

While often there is great uncertainty in our ability to predict the likelihood of a catastrophic event, what John learned throughout his chemical safety career and later with his personal experience of a Parkinson’s disease diagnose, is that surviving the “black swan,” can reveal opportunities.

In 2000, at the age of 54 and while working as a chemical accident investigator in San Antonio, John noticed a tremor in his left arm. Initially, his doctor told him to wait and see if it progressed, but when John relocated to Maryland, he was re-evaluated by a neurologist who diagnosed him with Parkinson’s disease. All black swans result in change, and the Parkinson’s diagnosis created a change in John’s lifestyle which included a daily regimen of medications and exercise and included a focus on maintaining speech clarity which was so essential to his role as an international consultant and lecturer.

In an article published in 2016, John stated: “This black swan was an opportunity to reflect upon and appreciate the life I have and to take advantage of the skills I have developed over the years. I have learned to live one day at a time as I contribute toward improving process safety and enjoying my life as well.”[i]

Although black swan events are rare, they may occur with a similar frequency in most people’s lives, bringing about change and a demand for adaptation. If Parkinson’s has been the black swan in your life, John has a few suggestions for how to live well with PD:

Finally, John stated: “voice exercises are a part of my life routine and have improved my enjoyment in life.”

John lives with his wife in Punta Gorda, Florida and returns periodically for speech therapy treatment. If you would like to contact John, email: hamjfm@embarqmail.com

Do You Have a Swallowing Problem?

Do You Have Trouble Being Understood Because of a Speech Problem?

LSVT Global has teamed up with Google to make speech recognition more accessible to people with speech disorders. EVERYONE with Parkinson’s or a related diagnosis is encouraged to participate because every voice matters and samples of disordered speech are needed to train the system. LSVT Global is recruiting people with speech disorders to help. Upon completion of the project, participants will receive a $60 gift card from Google. Just click on the link below and you are on your way to making a difference in the lives of people whose speech has been affected by Parkinson’s and related diagnosis.

After you have participated in this important project request a referral to a speech-language pathologist knowledgeable about Parkinson’s and learn what’s possible for improving and maintaining your ability to effectively communicate. 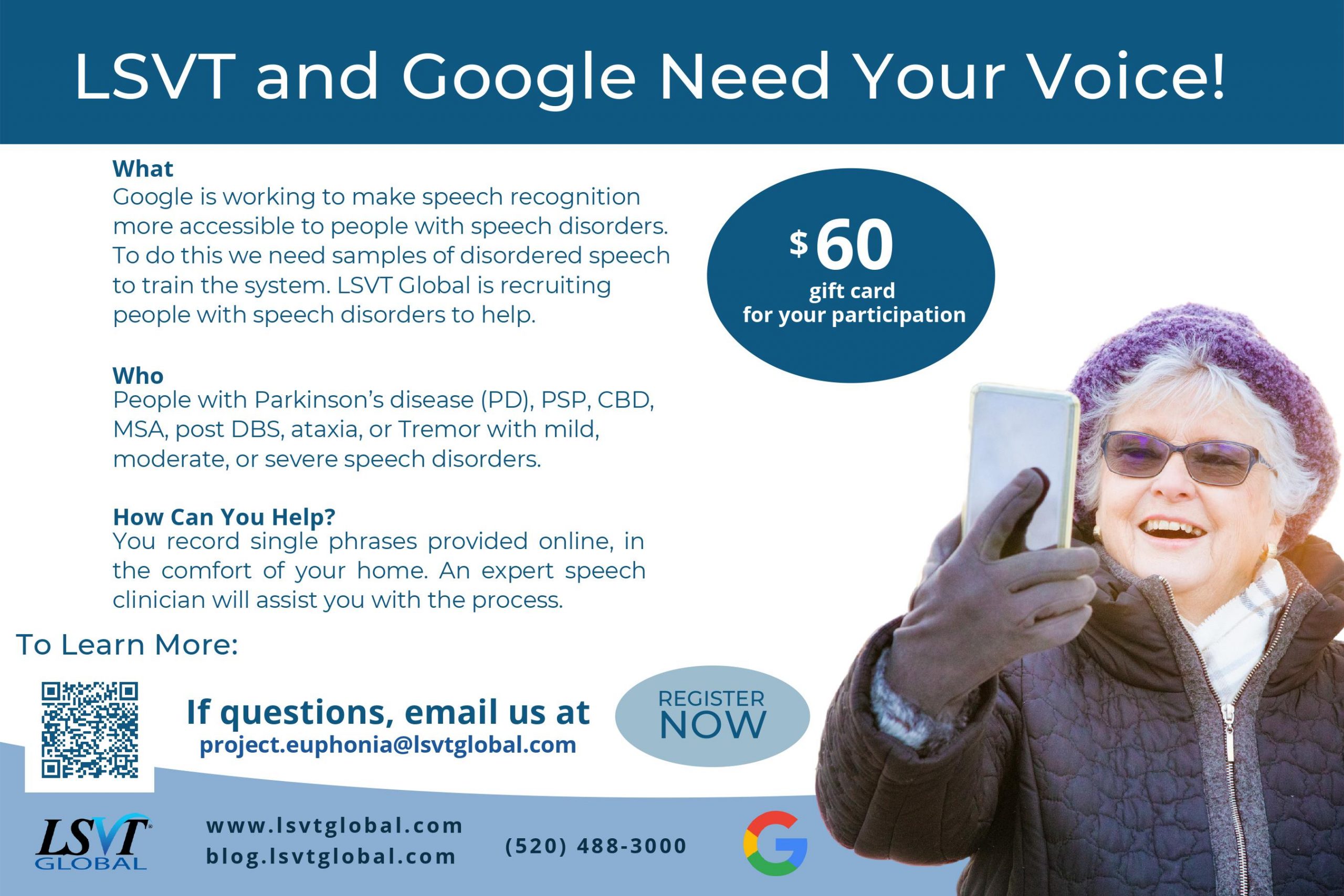