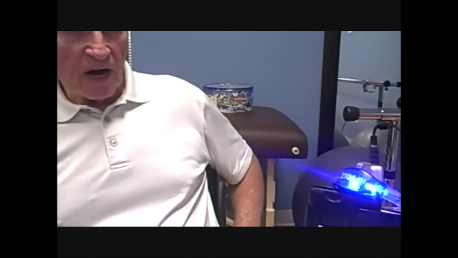 The most prominent gauge in your car, and perhaps the most important, at least in terms of how many times you look at it while you’re driving, is the speedometer. The job of the speedometer is to indicate the speed of your car in miles per hour, kilometers per hour or both. Even in late-model cars, it’s an analog device that uses a needle to point to a specific speed, which the driver reads as a number printed on a dial.

Anywhere from 70-90% of persons with Parkinson’s have speech and voice problems, collectively referred to as hypokinetic dysarthria. Problems of reduced loudness, reduced effort, and inaccurate feedback, are common symptoms related to a breakdown in the multisensory integration in the brain. Like the driver who misjudges his speed as too slow, many people with Parkinson’s mis-judge their voice loudness and vocal effort. Patients will often tell me that their very soft speech is “loud enough” and when cued to speak at a normal level of loudness they often say that it’s “too loud” or “it feels like I’m shouting”.

Hi-VOLT® 4 PD, a portable, calibrated, voice activated bracelet, was created with this goal in mind. For years I have seen patients get loud in therapy, only to lose the effect once they leave the treatment room or are back home in their own environment. This is not because of lack of effort on the part of any person, but rather, it is simply the challenge of trying to compensate for a speech mechanism that has been changed, or is changing due to Parkinson’s.

So, if you are someone with a soft voice due to Parkinson’s, and despite speech therapy or other efforts, you still find it difficult to maintain adequate loudness, I invite you to give Hi-VOLT® a try. It’s an affordable and portable device that might help you to start your voice engine!

Try these suggestions for using your Hi-VOLT® voice-activated bracelet

To Learn more and for ordering information,visit my website: https://www.voiceaerobicsdvd.com/