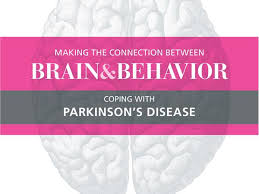 In the past couple of decades there is a growing recognition that non-motor symptoms are experienced early in Parkinson’s disease (PD) and are highly prevalent as PD progresses. Non-motor symptoms have been recently identified as one of the most important factors in determining the quality of life of PD patients.

After all, approximately 100 muscles are involved in speech production and 50 paired muscles involved in swallowing, hence non-motor is really a bit of a misnomer when describing speech and swallowing symptoms.

The Parkinson Alliance® is conducting a new study entitled “Non-Motor Symptoms and Parkinson’s Disease” The new survey is underway and is accessible online or by paper and pencil by visiting their website www.parkinsonalliance.org

In one of The Parkinson Alliance’s previous surveys, they found that 50% of the participants endorsed 15 out of 16 non-motor symptoms surveyed.  Furthermore, a single non-motor symptom, like pain, depression or even speech, can overshadow all other symptoms. If you are someone living with Parkinson’s disease, your participation in the survey is a great opportunity to share your experiences and add to the research about non-motor symptoms that may lead to better management strategies.

Several years ago I interviewed Dr. Joseph Friedman, a Movement Disorders Specialist and author of:  Making the Connection between Brain and Behavior: Coping with Parkinson’s Disease. Dr. Friedman was one of the first to highlight the impact of non-motor symptoms for patients with Parkinson’s disease, and throughout his book, he weaves patient narratives with suggestions of how patients, carepartners, and health care providers can better manage non-motor symptoms of PD.

To listen to my previously recorded interview with Dr. Friedman visit: http://www.blogtalkradio.com/voice-aerobics/2014/01/16/brain-and-behavior-in-parkinsons-disease-with-dr-joseph-friedman-1